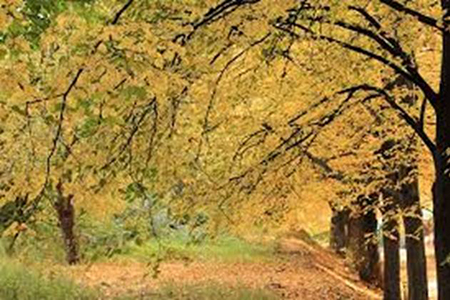 October 13, 1968
I ended up going to the conference and it worked out pretty well. Flew up with Dana Loomis and Abner Jonas [two Ohio University art faculty members]. Kinda weird. The conference was strange too. I played along. I’m finding a lot of dishonesty out there which is quite disillusioning. The trip back was better. Drove back with my friend Bea Weinstein [fellow grad student]. Lots of great conversation.

I don’t know if I’m cut out to teach. I don’t feel like I really KNOW much. I’d rather take more courses, but not the “required” ones. I’m hopelessly confused so I try to block out the mean little voices that are always whispering in my ear “What are you doing? Is this really the right path?”
I need some kind of breakthrough!

October 29, 1968
Whirls of dreary days. It’s already so grey out there. Every day! Remember how beautiful it was in California in October? The leaves turning gold and the autumn rains falling, so welcomed after the long, hot, dry summer. Time to harvest the walnuts!

Did get up to Columbus with Bea to see “2001: A Space Odyssey” again. What a knock out film!! I love the visuals and also the physics of the whole thing! Interested in the idea of “spacetime” in which the three dimensions of space can be joined with the one dimension of time to create a “continuum.” It seemed like the film was trying to do that in a visual way. I wonder how that could be represented in art?

Speaking of which, I haven’t had any time to paint for two weeks and it’s driving me crazy! When I’m painting, I’m kind of happy. When I’m not…well…I feel like I’m living a life that’s at odds with my real self. And I don’t know what to do about it!

And in the larger world…

October 2, 1968
Police and military troops in Mexico City react violently to a student – led protest in Tlatelolco Square. Hundreds of the demonstrators are killed or injured.

October 3, 1968
George Wallace named retired Air Force Chief of Staff Curtis E. LeMay to be his running mate. At the press conference, the general is asked about his position on the use of nuclear weapons, and responds: “I think most military men think it’s just another weapon in the arsenal… I think there are many times when it would be most efficient to use nuclear weapons. … I don’t believe the world would end if we exploded a nuclear weapon.”

October 11, 1968
Apollo 7 is launched from Florida for an eleven-day journey which will orbit the Earth 163 times.

October 12, 1968
The Summer Olympic Games opened in Mexico City. The games were boycotted by 32 African nations in protest of South Africa’s participation. On the 18th Tommie Smith and John Carlos, US athletes and medalists in the 200-meter dash further disrupted the games by performing the black power salute during the “Star-Spangled Banner” at their medal ceremony.

October 20, 1968
Jacqueline Kennedy is married to Aristotle Onassis, a Greek shipping magnate on the private island of Skorpios.

October 31, 1968President Johnson announces a total halt to US bombing in North Vietnam.

Article in The Gainesville Sun:

The artist and the environment:
using art to save Florida’s iconic springs
by Mallory O’Connor